Easter Sunday is one of the most festive events among Christians worldwide. It commemorates Jesus Christ’s resurrection from death, as written in the Christian bible.

What Do People Do?

Many Christians worldwide celebrate Easter with special church services, music, candlelight, flowers and the ringing of church bells. Easter processions are held in some countries such as the Philippines and Spain. Many Christians view Easter as the greatest feast of the Church year. It is a day of joy and celebration to commemorate that Jesus Christ is risen, according to Christian belief.

Many towns and villages in Italy have sacred dramas about the episodes of the Easter story – these are held in the piazzas on Easter Day. Pastries called corona di nove are baked in the form of a crown. Other traditional foods include capretto (lamb) and agnello (kid/goat). Easter in Poland is celebrated with family meals that include ham, sausages, salads, babka (a Polish cake) and mazurka, or sweet cakes filled with nuts, fruit and honey.

Although Easter maintains great religious significance, many children in countries such as Australia, Canada, the United States and the United Kingdom, think of it as a time to get new spring clothes, to decorate eggs and to participate in Easter egg hunts where eggs are hidden by the Easter Bunny. Some children receive Easter baskets full of candy, snacks, and presents around this time of the year.

In countries where Sunday is a non-working day, transport schedules may be limited or operate on a different schedule to that of the working week, so those intending on travelling via public transport may need to check their schedules ahead of time.

Many Christians celebrate Easter Sunday as the day of Jesus Christ’s resurrection, which is written in the New Testament of the Christian bible. According to the Gospel of John in the New Testament, Mary Magdalene came to the tomb where Jesus was buried and found it empty. An angel told her that Jesus had risen. Christians worldwide have celebrated Easter for centuries.

However, the roots of the Easter holiday’s traditions and activities can be traced back to pagan celebrations. The name Easter is believed to come from Eostara, the goddess of rebirth. In early times the Feast of Eostara celebrated earth’s resurrection and rebirth. Strict Puritans would have nothing to do with Easter – it was merely a human institution – in the past. Charles I, king of England, declared the day as scriptural as Sunday in 1647 but Parliament contradicted him in print and abolished it with other church festivals.

The Easter date depends on the ecclesiastical approximation of the March equinox. In 325CE the Council of Nicaea decided that the Easter date would be the first Sunday after the first full moon occurring on or after the March equinox. Easter is therefore delayed one week if the full moon is on Sunday, which lessens the likelihood of it falling on the same day as the Jewish Passover. Eastern Orthodox churches in many countries such as Greece still figure their Easter date based on the Julian calendar.

Easter eggs and the Easter Bunny are both fertility symbols, holdovers from the feast of Eostara. Other symbolic parallels include the pagan joy in the rising sun of spring, which coincides with Christians’ joy in the rising Son of God, and the lighting of candles in churches, which corresponds to the pagan bonfires. The symbol of the cross and images of Jesus Christ, through paintings or statues, are remembered on Easter Day.

The easiest way is just to put the eggs in the food coloring refrigerate until hard.

Yes, you should be able to eat the eggs afterward as they were hard-boiled. Only eat the eggs if you have kept them refrigerated and you have used non-toxic, food-grade dyes and decorations. Eggshells are very porous! If anyone hunting for eggs is allergic to eggs, tell them they are actually real eggs.

Besides the eggs, try going to church, make bunny stuff, and have an Easter feast.

Rabbits, or bunnies, are ancient fertility symbols of Pagan origin.The early Christian churches could not stop people from using these symbols, even after the people became Christians. So the churches tolerated the use of bunnies and eggs at Easter, and these symbols are still used today because of that.

Thanks to this link for the insight: 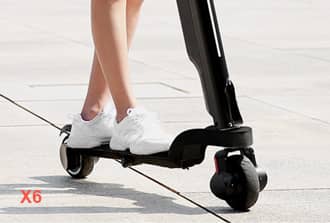 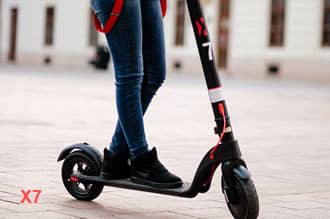